It's FED-UPRising 2020, and YOUR META is HERE FOR EVERY MINUTE OF IT, bringing relevance and relief, self-awareness and SELF-CARE...NESS!

. . . Bringing hope that sustains rather than drains!

And we're honored to bring a Kingian Certified Trainer and the Executive Director of the Connecticut Center for Nonviolence, VICTORIA CHRISTGAU! 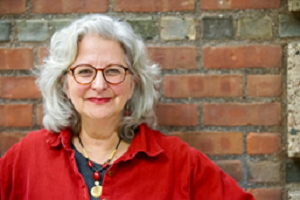 Victoria Christgau, a Kingian Certified Trainer and the Executive Director for the Connecticut Center for Nonviolence

And we're still fitting in the music, mindful, and META that YOUR BLACK META is known for slinging!

Words of WISDOM and RELEVANCE:

“People sleep peaceably in their beds at night only because rough men stand ready to do violence on their behalf.”―George Orwell

"When fascism comes to America it will be wrapped in the flag and carrying a cross."―Sinclair Lewis

“Collective fear stimulates herd instinct, and tends to produce ferocity toward those who are not regarded as members of the herd.”―Bertrand Russell

“The horror of the Holocaust is not that it deviated from human norms; the horror is that it didn't. What happened may happen again, to others not necessarily Jews, perpetrated by others, not necessarily Germans. We are all possible victims, possible perpetrators, possible bystanders.”―Yehuda Bauer

“Poverty is the worst form of violence.”―Mahatma Gandhi

“A revolution is not a dinner party, or writing an essay, or painting a picture, or doing embroidery; it cannot be so refined, so leisurely and gentle, so temperate, kind, courteous, restrained and magnanimous. A revolution is an insurrection, an act of violence by which one class overthrows another.”―Mao Tse-tung

“Those who would give up essential liberty to purchase a little temporary safety, deserve neither liberty nor safety.”―Benjamin Franklin

“Just us and the blues kneeling on a neck with the full weight of a man in blue. Eight minutes and forty-six seconds. In extremis, I can’t breathe gives way to asphyxiation, to giving up this world, and then mama, called to, a call to protest, fire, glass, say their names, say their names, white silence equals violence, the violence of again, a militarized police force teargassing, bullets ricochet, and civil unrest taking it, burning it down. Whatever contracts keep us social compel us now to disorder the disorder. Peace. We’re out to repair the future.”―Claudia Rankine

“It may well be that we will have to repent in this generation. Not merely for the vitriolic words and the violent actions of the bad people, but for the appalling silence and indifference of the good people who sit around and say, ‘Wait on time.’”―Martin Luther King Jr.

“Perhaps the problem is this: when threatened, we pull out our weapon, anger. Then the threat passes or evaporates. But the weapon is still in our hand. And weapons are seductive, even addictive.”―Ursula K. LeGuin

“Everybody is the hero in their own story”―Chadwick Boseman

“Justice is not a qualitative question.”―Dr. Kwame Ture

“I believe that we can craft a brighter reality.”―Riley Johndonnell

“Inspiration exists, but it has to find you working.”―Pablo Picasso 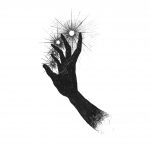